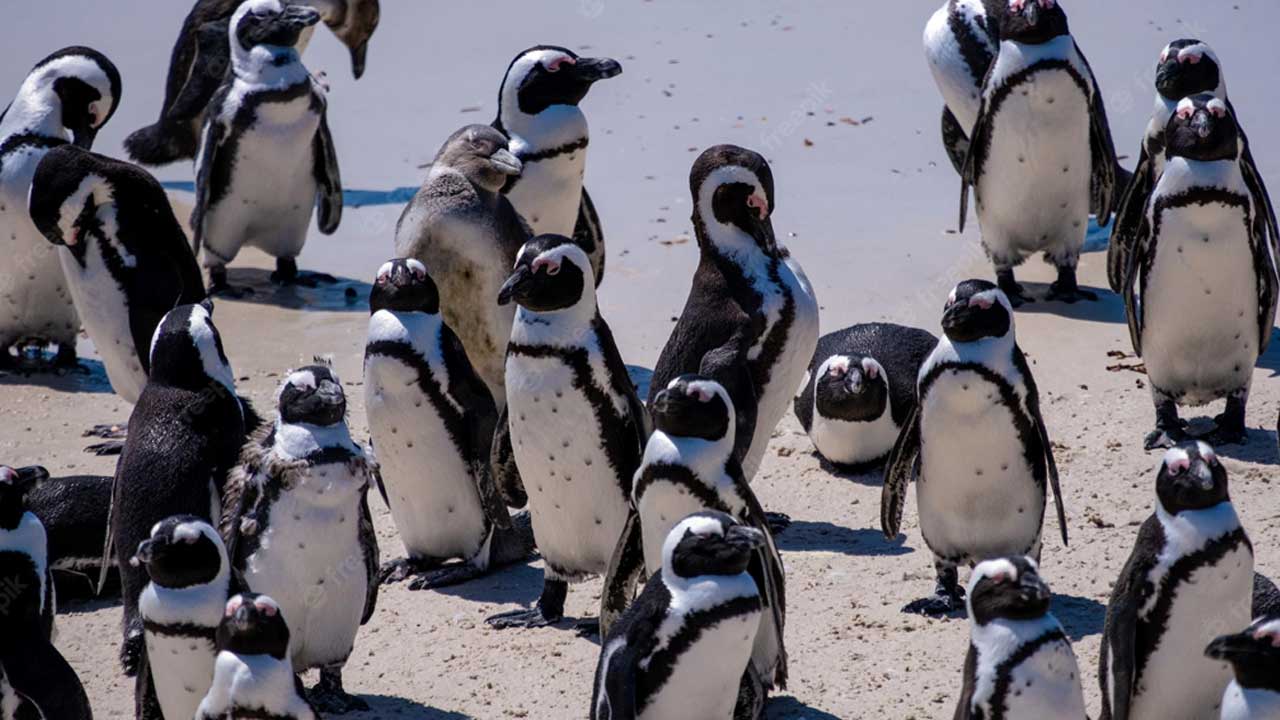 Some of our suggestions for day tours are:

Cape Peninsula tour: Enjoy the wonderfully scenic route via Hout Bay and Chapman’s Peak Drive to the most south-westerly point of Africa : Cape of Good Hope. There are several opportunities for leisurely walks at the Cape Point: to the old lighthouse at 249m above sea level or the new lighthouse at the very end of the peninsula. We return towards Cape Town along the False Bay Coast with an opportunity to stop at Boulder’s Beach to admire the African Penguin Colony.

Winelands tour: A tour of the wine regions such Stellenbosch, Franschhoek and Paarl gives you the opportunity to do some winetasting and visit well-known and also not so well known wine cellars, that might just surprise you. If you are interested in the production of wine you might enjoy a cellar tour, if you would like to know more about the history of the wine regions there are museums and manor houses one can visit. There are so many wine estates and wine farms in the Cape that one could do wine tasting every day of the year and still not have visited every wine producer.

Table Mountain and Cape Town city tour: Cape Town is called the mother city of South Africa as it is the oldest city in the country. Experience the history from the Dutch East India Company to the liberation speech of Nelson Mandela. Wander along the bustling pedestrian zone lined with street vendors and musicians while Table Mountain watches over you. To get a better overview of the city we can take the cable car up Table Mountain (weather permitting) or take in the fantastic view from Signal Hill. We can also explore the beautiful Kirstenbosch Botanical Gardens which are on the other side of Table Mountain.

Hermanus Day tour: This tour is popularly known as the ” Whale Route “, as there is a good chance to see whales along these coastal roads and in Walker Bay during the winter and spring months, but this excursion has a lot to offer – even when there are no whales to admire. During our drive to Hermanus the view from the 400 m high Sir Lowry’s pass over the False Bay is breathtaking. Walker Bay is yet another wine growing area and for wine lovers it will be interesting to compare this most southerly wine area of Africa with the well-known regions of Stellenbosch. On our way back towards Cape Town we can take a walk in the Harold Porter Botanical gardens before taking the scenic coastal road back to Cape Town!

West Coast tour: Escape the hustle and bustle of the city and explore the vast tranquil space of the West Coast beaches. You can swim in the Lagoon at Langebaan, enjoy wine tasting at Darling or Malmesbury, find out more about prehistoric South Africa at the West Coast Fossil Park and admire the beautiful spring flowers in the West Coast National Park (usually August/ September). During the winter/ spring months there is also a possibility of seeing whales in the lagoon or along the coast. 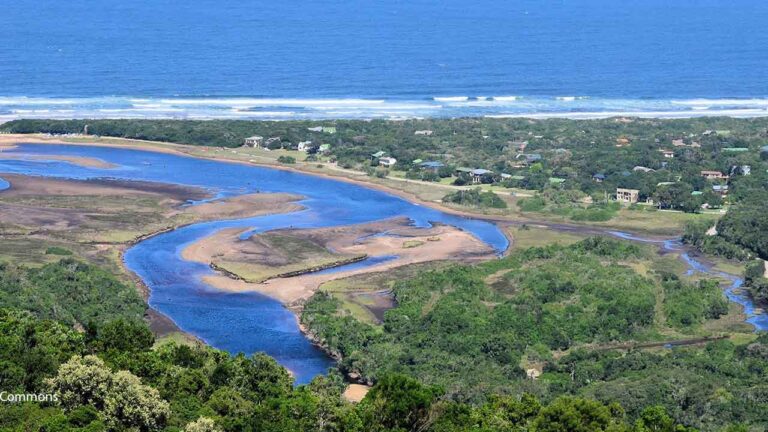 Cango Caves in the Swartberge

Read This: Description Of Full & Half Day Tours At Cape Town And Surrounds From Ocean View Tours 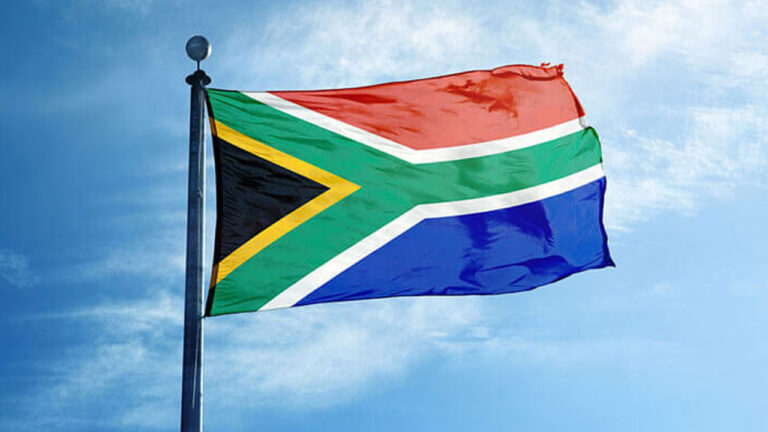 Johannesburg, Cape Town, Pretoria Or Any Other South African (Capital) City… What Is It Exactly?

First of all: it is not entirely surprising that there is a lack of clarity about which city exactly is the South African capital. The answer to the question is complicated because South Africa has not one, but three capitals: Pretoria, Cape Town and Bloemfontein. Why South Africa has three capitals? This is because South Africa’s polity is based on the Trias Politica– the doctrine of the three powers – of the French philosopher Charles de Montesquieu. It means that the legislative, administrative and judicial powers are distributed across the country.

A piece of South African history precedes this. In this context, it begins in 1910, when the Union of South Africa is proclaimed, consisting of four provinces: the British Cape Province and Natal, and the Dutch Orange Free State and Transvaal Province. Due to disagreements between the British and the Dutch about what exactly should be the capital of this new Union, they decide to designate three capitals of the South African Union: Cape Town, Pretoria and Bloemfontein and officially control the Union among the three cities. to divide. The division is established by law.

Even when the Union was officially proclaimed the Republic of South Africa in 1961, the three-capital system remained intact and has remained so to this day. With a small side note: the ANC has been calling for some time that it would like to end the division and designate Pretoria as the universal capital of South Africa. For the time being, the three powers are divided over the following South African capitals.

Pretoria is a city located in Gauteng Province and part of Tshwane Municipality. Confusion about the name Pretoria is common as the name was supposed to change from Pretoria to Tshwane in early 2014, but that has not happened to date (May 2014). The city is also called Jacaranda City in addition to Pretoria and Tshwane. The city owes this latter nickname to the thousands of jacaranda trees that adorn the city’s streets. According to the latest Census count (2011), Pretoria has almost 750,000 inhabitants.

Cape Town, the second largest city in South Africa after Johannesburg, is the legislativecapital of South Africa. This means that the national parliament is located in Cape Town – in the so-called Tuynhuys on the Company’s Garden. The South African national parliament consists of the National Assembly (NA), comparable to the House of Representatives in the Netherlands, and the National Council of Provinces (NCOP), which can be compared to the Dutch Senate.

Cape Town is the capital of the Western Cape Province and is called Cape Town in English while the Xhosa name for the city is iKapa. Because of its somewhat ‘laidback’ character, the city is sometimes jokingly referred to as ‘Sleeping Town’. Cape Town is also affectionately known as Mother City. Cape Town has the most inhabitants after Johannesburg: according to the last census (2011), the city has more than 3.7 million people, spread over Greater Cape Town.

With more than 250 thousand inhabitants (source: Census 2011), Bloemfontein has the smallest population of the three capitals of South Africa. The city is the capital of the Free State province, and is nicknamed The City of Roses. The city owes this nickname to the abundance of roses and the Rose Festival of the same name that is held annually. In the Sotho language, the city is called Mangaung, literally meaning ‘home of cheetahs’.

In short: no, Johannesburg is not the capital of South Africa!

Contrary to popular belief, Johannesburg is not the capital – not even ‘one of the’ – of South Africa. Although Johannesburg is by far the largest city in the country in terms of population and it is also the economic trading center, the city has no official status. However, this does not mean that Johannesburg is not a special city with many sights, according to our Top 10 must-see & do in Johannesburg. 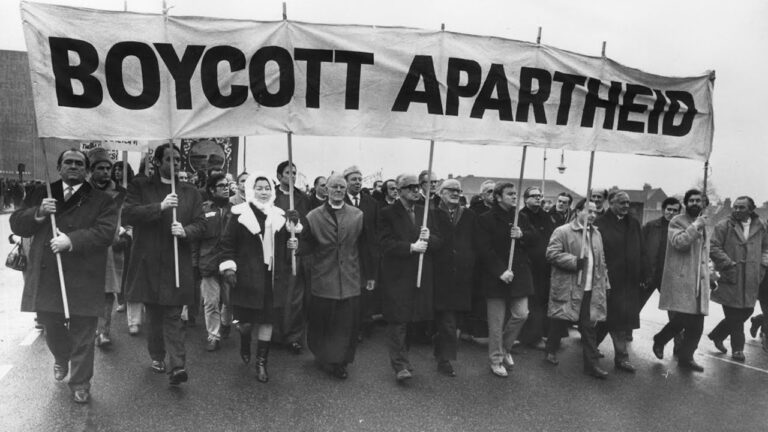 As human beings who live side by side on earth, it is an obligation to maintain a sense of unity and mutual respect. Never look at someone from ethnicity, race, religion, skin color, to physical form. Do you know that in South Africa there was a politics of skin color difference?

Before going into the story of this political journey, let’s find out first, what is Apartheid? Take a look at the photo of the South African national football team below. Yup. Skin color. You don’t get me wrong, you know, in South Africa there are many citizens who have white skin. In fact, the country on the African continent is synonymous with black skin.

Initially, in 1652, the Boers (Dutch) began to colonize South Africa and control its natural resources. The existence of the Boers was disturbed by the arrival of the British who had the same goal. There was the Boer War in 1899-1902, and at that time the British won and established a dominion state (a special country with a British constitution), namely the Union of South Africa.

Well, this legalization is called Apartheid Politics. The reason for implementing this policy is because white people feel that they are a superior race.

Black people don’t stay silent. They gave resistance by forming a modern organization, namely the African National Congress (ANC). The ANC is a political party formed to defeat white political domination in 1952 under the leadership of Nelson Mandela.

In 1955, the ANC formed a coalition of people of color (yellow skin) with the aim of cooperating with other opposition to make it stronger. The coalition succeeded in launching a freedom charter which later became the next ANC struggle program.

In 1970, the international community succeeded in pressuring the new government under the leadership of Prime Minister Pieter Willem Botha which eventually carried out several reforms in politics and legislation.

Unfortunately, Botha did not abolish the Apartheid Act in its entirety, making things even more chaotic. This situation was passed on to the next president, Ferdinand Willem de Klerk, who was elected in 1989.

A year after De Klerk’s appointment as president, the end of the cold war will have an impact on South Africa. De Klerk immediately released Nelson Mandela and abolished several laws on Apartheid. The laws that were abolished by De Klerk at the Session of Parliament on February 21, 1991 are as follows:

-Land act, which is a law that prohibits black people from owning land outside the designated area of ​​residence.

-The Group Areas Act, which is a law that regulates the separation of residences of white and black people.

-The Population Registration Act, which is a law that requires all black people to register according to their respective groups and ethnicities.

No comments to show.